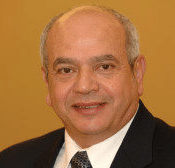 Affiliated with UCLA since 1973, Dr. Fawzy is Louis Jolyon West Distinguished Professor of Psychiatry and Executive Vice-Chair of the Department of Psychiatry and Biobehavioral Sciences. He served as the Senior Associate Dean for Academic Affairs in the Office of Dean of the David Geffen School of Medicine at UCLA from July 2008 to October 2011. He also serves as Executive Associate Director of the Semel Institute for Neuroscience and Human Behavior. Prior to his appointment in the Dean’s Office, Dr. Fawzy was Medical Director (1995-2005) and then Chief Executive Officer of the Resnick Neuropsychiatric Hospital, 2005-2008.

Dr. Fawzy’s main area of research is the interface of psychiatry and medicine, specifically psycho-oncology. Dr. Fawzy has authored over 150 published manuscripts, articles and chapters dealing with the psychiatric aspects of cancer. Specifically, he has conducted research into the psychosocial adaptation and management of the cancer patient, his/her family, and the staff. He has studied the long-term outcome of bone marrow transplantation focusing on the psychological and neuropsychological implications of the procedure on the patient and his/her donor. Dr. Fawzy has researched the psychosocial problems of the homebound terminally ill cancer patients and their families. He also developed an instrument to evaluate the psychological needs of the cancer pain patient, with the development of appropriate interventions. Perhaps his most significant psycho-oncology work came out of the Melanoma Study which is a longitudinal, comprehensive study of the psychological and immunological status of early-diagnosed cancer patients. The study is designed to investigate the effects of a structured psychiatric intervention on psychological and immunological functions in melanoma patients looking specifically at changes over time in methods of coping and affective disturbance, changes over time in immunologic parameters, and the effects of an early structured psychiatric intervention, coping, and affective state on recurrence and survival six years later.