16 Oct Cancer, Pneumonia, Flu, and You: Staying Healthy During the Flu Season

Posted at 08:00h in Exercise & Nutrition by Triage Cancer

Today, we are sharing this wonderful article and resource from fightcolorectalcancer.org on how to stay healthy during flu season, especially if you are an individual diagnosed with cancer!

With fall just around the corner, the Centers for Disease Control (CDC) expects flu season to begin ramping up within the next few months. According to the CDC, the flu season often times begins increasing around October with peak flu season occurring notoriously between December and February. 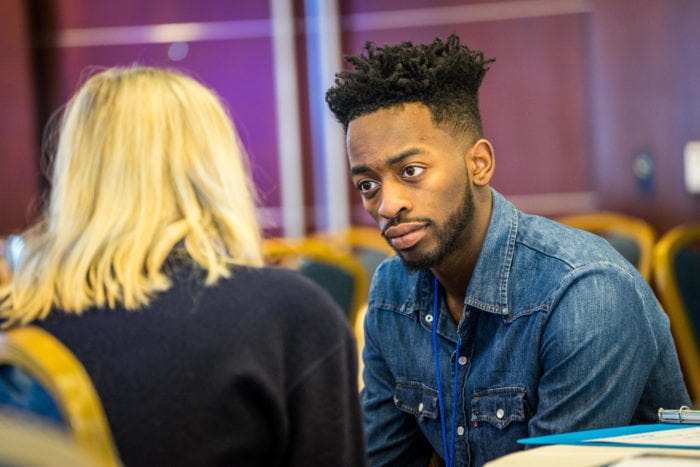 If you have cancer now or if you have had cancer in the past, it’s important to keep in mind the following facts to keep yourself healthy and prevent seasonal illness:

It is difficult to predict at this time what the 2018-2019 flu season will bring. The timing, duration and severity of flu season varies year to year, and it’s not uncommon for new flu viruses to circulate. Therefore it’s important to vaccinate yourself before it spreads to your community.

Because the vaccine takes about two weeks to take effect, the CDC recommends getting the flu vaccine before the end of October to ensure the vaccine works before exposure to illness. Getting vaccinated at anytime throughout flu season is still more beneficial that not receiving it at all, however.

WHAT VIRUSES WILL THE FLU VACCINE PROTECT AGAINST?

When does vaccine protection take hold, when are people contagious, and what can I do to reduce my risk?

Adults should be protected within two weeks after having a flu shot.

Children ages 6 months to 8 years may need two doses of the flu vaccine at least 1 month apart, unless they’ve received a two-dose flu vaccination in the past two years.

People with influenza are contagious one day before symptoms appear, and for about 5 to 7 days after symptoms appear. To prevent spreading illness, people with flu-like illness should stay home for at least 24 hours after a fever is gone without the use of a fever-lowering medicine.

Try to stay at least 6 feet away from anyone appearing to be ill: Experts believe that influenza viruses are spread mainly by droplets made when people with the flu either cough, sneeze or talk. Less often, people can get flu by touching a surface or object (phone, computer) that has flu virus on it and then touching their eyes, nose or mouth. However, it is still important to wash your hands often – especially during flu season!

What should cancer patients and survivors do if they think they might have the flu or been exposed?

As a cancer patient and survivor, the CDC recommends making a plan with your doctor in the event that you get ill. This plan should include when and how to contact your provider, and which antiviral drugs may be necessary for treatment. If taken early, antiviral drugs can decrease the severity of your illness and prevent serious complications.

Pneumonia is one of the most common complications from influenza. There are two different vaccinations which protect against many bacterial pneumonia strains—one usually given to children, and one to older adults.

In October 2012, the CDC changed its guidelines to recommend that certain immunocompromised adults–including those with generalized malignancy–should receive both pneumonia vaccines. The schedule of two injections depends on when you had a previous pneumonia vaccine, so be sure to check with your doctor.