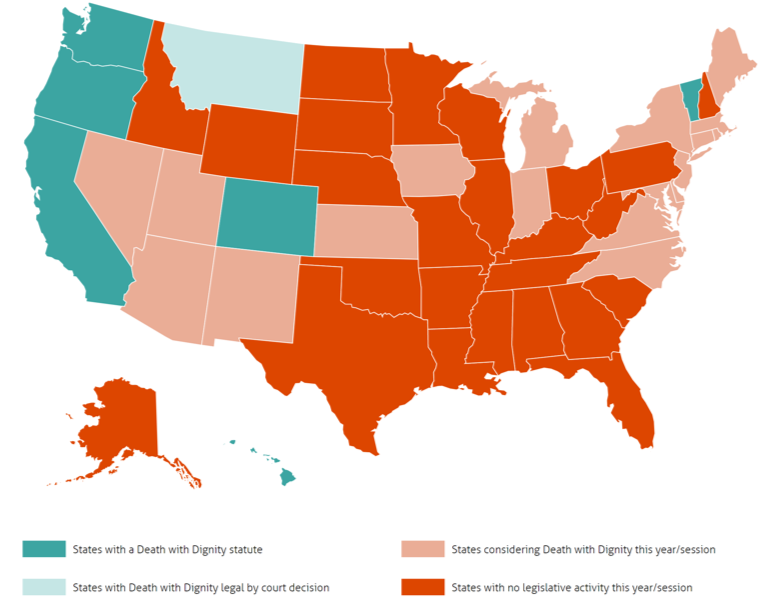 Posted at 08:00h in Cancer-Related Legal Issues by Triage Cancer 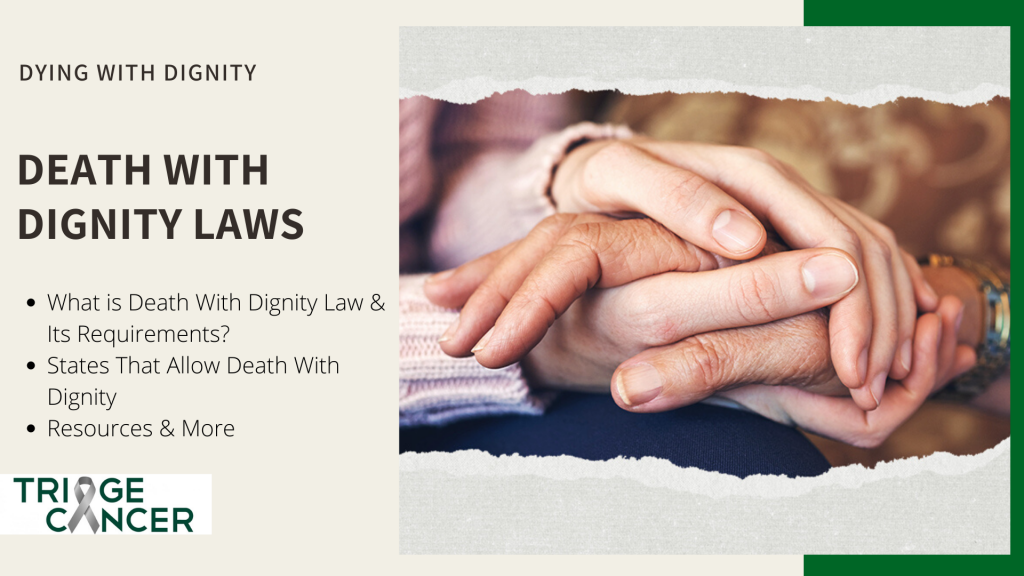 Discussing end-of-life choices can be difficult, but especially when you are facing a life-threatening medical condition, such as cancer. Because the law is often racing to catch up with science and technology, states are beginning to pass laws that give people more options when it comes to end-of-life. These laws are often referred to as “Death with Dignity” laws.

What are Death with Dignity Laws?

As we talked about on our “Hot Topics in the Law” webinar, death with dignity laws, also known as physician-assisted dying or aid-in-dying laws, is an end-of-life option that allows certain terminally ill people to voluntarily and legally request and receive a prescription medication from their physician to hasten their death in a peaceful, humane, and dignified manner. These laws stem from the basic idea that individuals who are terminally ill should be the ones to make end-of-life decisions and determine how much pain and suffering they should endure, not the government.

How do individuals access and use death with dignity laws?

You must fulfill certain requirements to use the death with dignity protections under state laws :

How does this option benefit individuals with cancer?

By adding a voluntary option to the continuum of end-of-life care, these laws give patients dignity, control, and peace of mind during their final days with family and loved ones.

One of the most important assertions made by advocates for death with dignity laws is that those who assist individuals in these limited circumstances, and those who take the drugs to aid in their own death, are not considered engaging in suicide, homicide, or assisted suicide.

This distinction is particularly important to ensure that participating individuals do not face criminal charges and that individuals who chose to end their lives within these parameters will still be eligible for insurance benefits (i.e., life insurance).

Deathwithdignity.org also gives guidance on how to find a doctor who participates.

States that have Death with Dignity (Allow Assisted Death) laws and legislation: 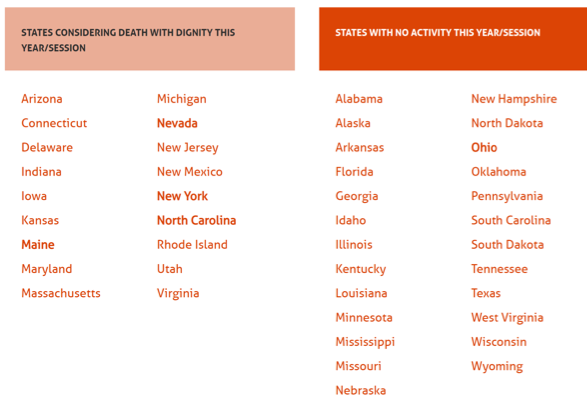 Advocating for Death with Dignity Acts

Visit Our Estate Planning and End-of-Life Care resources, & Watch our “Hot Topics in the Law” webinar. This webinar provides the latest updates on federal, state, and local laws that have an impact on the cancer community, including medical marijuana, death with dignity, and paid leave.