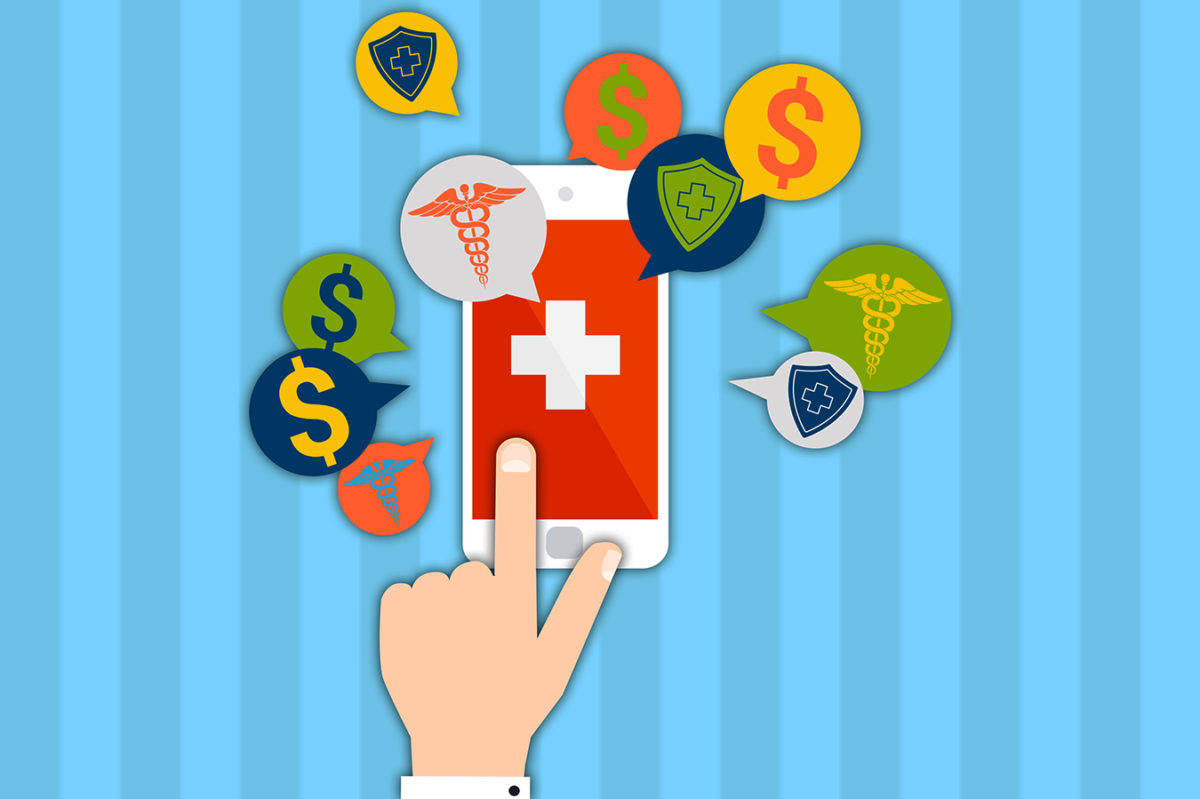 Posted at 00:43h in Uncategorized by Samantha Skelton

Consumers shopping for insurance online last fall — using search terms such as “Obamacare plans,” “ACA enroll” and “cheap health insurance” — were most often directed to websites that promote individual health plans that didn’t meet consumer protections of the Affordable Care Act, according to a new study.

They also failed to get adequate information about those plans’ limitations, according to the analysis by researchers at Georgetown University’s Center on Health Insurance Reforms. 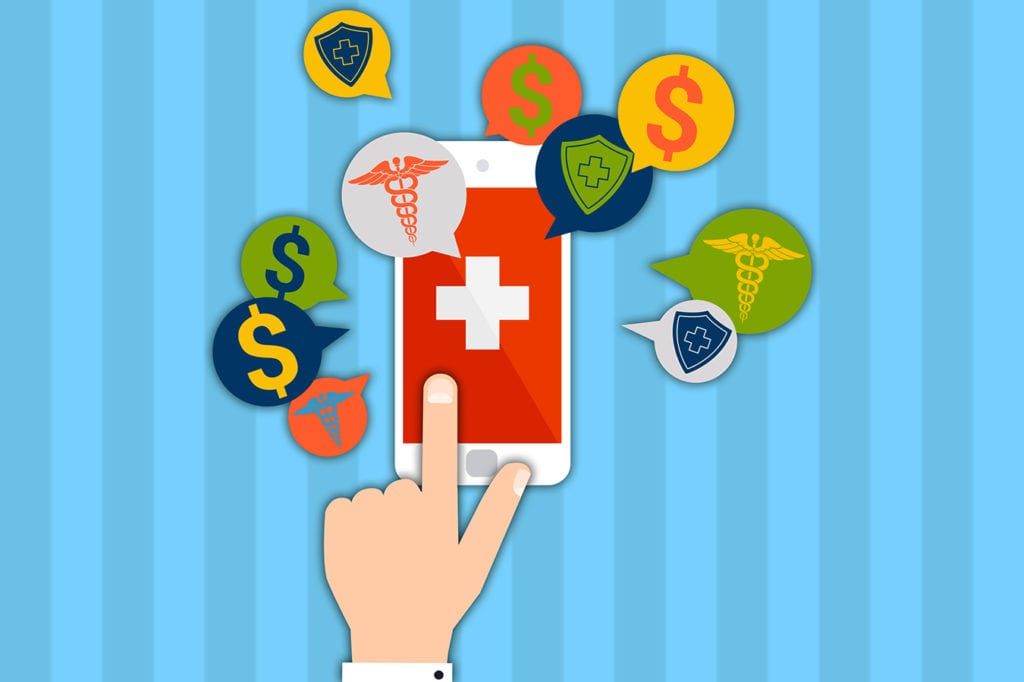 The study, provided to Kaiser Health News ahead of its publication online, probed online marketing practices in eight states.

“It was disturbing, but not unexpected, to find such a high proportion of misleading ads and come-ons,” said Sabrina Corlette, the lead author. “That raises the risk that consumers could be duped into buying health insurance that they think offers comprehensive and secure coverage, but does not.”

The study focused primarily on the marketing of short-term plans, which don’t have to meet most ACA provisions, such as the requirement to cover preexisting conditions. The researchers found that regardless of the search term used, companies promoting or selling only these kinds of plans dominated the results.

Insurance regulators from each of the states told Corlette’s team that tracking the marketing and sales of short-term plans is challenging, as is educating consumers about the risks of limited coverage.

Michael Conway, Colorado’s interim insurance commissioner, told Kaiser Health News in an interview that he has a “high level of concern” that the marketing tactics the study found could have drawn unsuspecting consumers into selections that do not meet their needs.

“We are on alert for complaints,” Conway said. “If we have to strengthen our regulations on marketing, we will.”

Eric Cioppa, Maine’s insurance superintendent, said in an interview that his office has no evidence that consumers unknowingly purchased short-term plans based on misleading online marketing.

“We’ll respond accordingly and aggressively if we find that took place,” Cioppa said.

But Corlette said the findings provide early evidence that after regulatory changes by the Trump administration, some insurers are aggressively marketing short-term plans as a replacement for traditional health insurance, without fully informing consumers of the limits of the skimpier coverage.

That could warrant stronger federal and state oversight, she said.

The study, funded by the Robert Wood Johnson Foundation, looked at online marketing in Colorado, Florida, Idaho, Maine, Minnesota, Missouri, Texas and Virginia. Those states were selected to reflect diverse geography and regulatory approaches, according to the researchers. Of the eight, Colorado and Minnesota require short-term plans to adhere to a shorter contract duration than required by federal law.

The ACA bars insurers from denying coverage to people who have health problems or charging them higher premiums. The law also mandates a minimum set of health benefits and requires plans to cap enrollees’ out-of-pocket expenses.

By comparison, short-term plans can deny coverage to applicants who have a preexisting condition and often exclude or limit coverage of maternity care, mental health treatment and prescription drugs.

As a result, short-term plans cost significantly less — typically about half to a third of an ACA plan if the deductible is the same. They are sold outside the ACA exchanges. And people who buy them don’t qualify for the government’s premium subsidies.

These plans are not new. They predate the ACA and allow people to buy coverage between jobs, for example.

The Obama administration put a 90-day limit on such coverage in 2017 because of concerns that the less expensive plans would attract younger and healthier people. Losing such customers could undermine the stability of the ACA marketplaces because they would be left with older and sicker enrollees.

Beginning this year, however, the Trump administration lengthened the potential duration of short-term plans to 364 days and allowed customers to renew the plans.

Seema Verma, the administrator of the Centers for Medicare & Medicaid Services that oversees the ACA insurance exchanges, said those changes offer more affordable coverage that can be “a lifeline to people priced out of the ACA market.”

“These plans are different, and consumers do need to know what they are purchasing, which is why we now require more robust warnings about the limits of these plans than before,” she said. “Fundamentally, we believe in giving consumers more options and leaving it up to them to decide what is right for them and their families.”

The study evaluated online ads in the weeks just before and during the latest open enrollment for ACA coverage, which in most states began Nov. 1 and ended Dec. 15. The researchers analyzed 256 search results and 65 websites and interviewed state regulators in all eight states.

They found that Google searches were most often topped by paid “lead-generating” websites. Such sites don’t sell insurance but ask shoppers for contact and demographic information. Insurers and brokers can buy that information and contact prospective customers. Or, call centers affiliated with the lead-generating sites phone consumers and direct them to a seller.

The researchers also created a profile of a 29-year-old consumer seeking insurance who was in good health and with an income of $20,000 so she was eligible for premium subsidies for ACA-compliant coverage. They entered this consumer’s information into several lead-generating websites and fielded six phone pitches from brokers selling short-term and other non-ACA plans.

During ACA open enrollment, only 19 percent of the searches using the common search terms yielded sites offering solely ACA-compliant plans. Before open enrollment, the return was less than 1 percent. Lead-generating sites promoting short-term plans or other non-ACA compliant insurance products were the most common search result in every state, representing more than half of all search results before and during open enrollment. The six brokers who encouraged the purchase of coverage over the phone provided minimal plan information. Most refused to provide written materials or discontinued the call when asked for such materials. State officials lack full information about which insurers are marketing short-term plans to their residents, with one official calling it “one of our biggest blind spots.” Most said they plan to start monitoring the insurers’ practices more closely this year.

An estimated 600,000 to 750,000 people bought short-term plans in 2017. The Trump administration projected last year that about 200,000 ACA customers would switch to this coverage in 2019 due to its rule change. A second government forecast predicted that the new policy would boost short-term coverage enrollment to about 2 million people by 2022.

Insurers who specialize in short-term plans vigorously defend them.

“This is a small and necessary niche in the [individual insurance] marketplace,” said Jeff Smedsrud, CEO of Pivot Health, based in Scottsdale, Ariz., and one of the firms whose website the study analyzed. “If people need temporary coverage, we are there for them. We don’t want people who qualify for a government subsidy to buy our short-term plans. They should get coverage under the ACA.”

Shaun Greene, head of business operations at AgileHealthInsurance.com, said short-term plans offer a more affordable option to people who don’t qualify for a government subsidy under the ACA.

But Matthew Fiedler, a health insurance specialist at the Brookings Institution who was not affiliated with the study, said the longer-duration short-term plans may befuddle some customers. The study, he said, “strongly suggests that some consumers are going to be confused and end up with plans that cover less than they expected.”