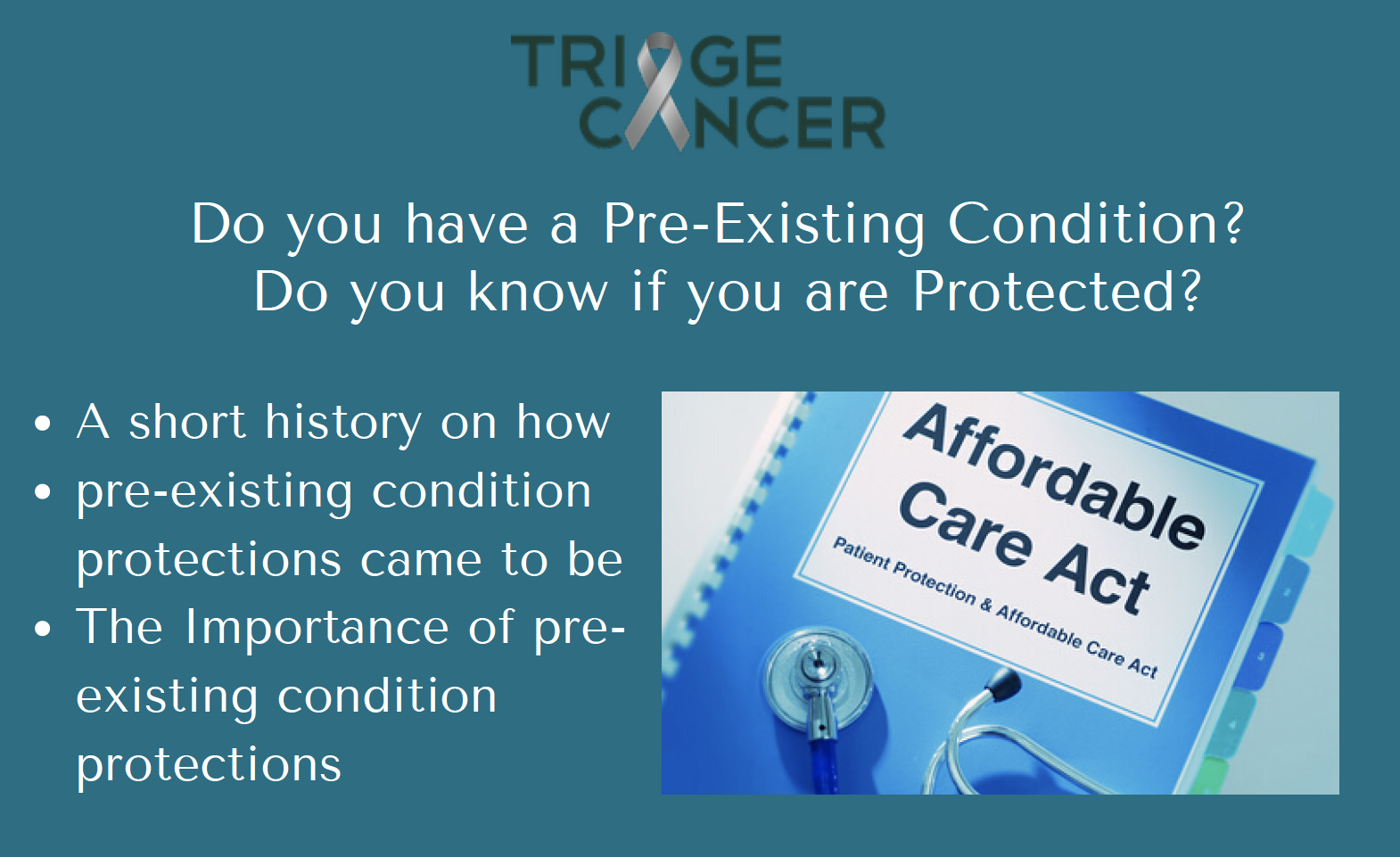 29 Jan Do you have a Pre-Existing Condition? Do you know if you are Protected?

Posted at 01:55h in Health Insurance by Samantha Skelton 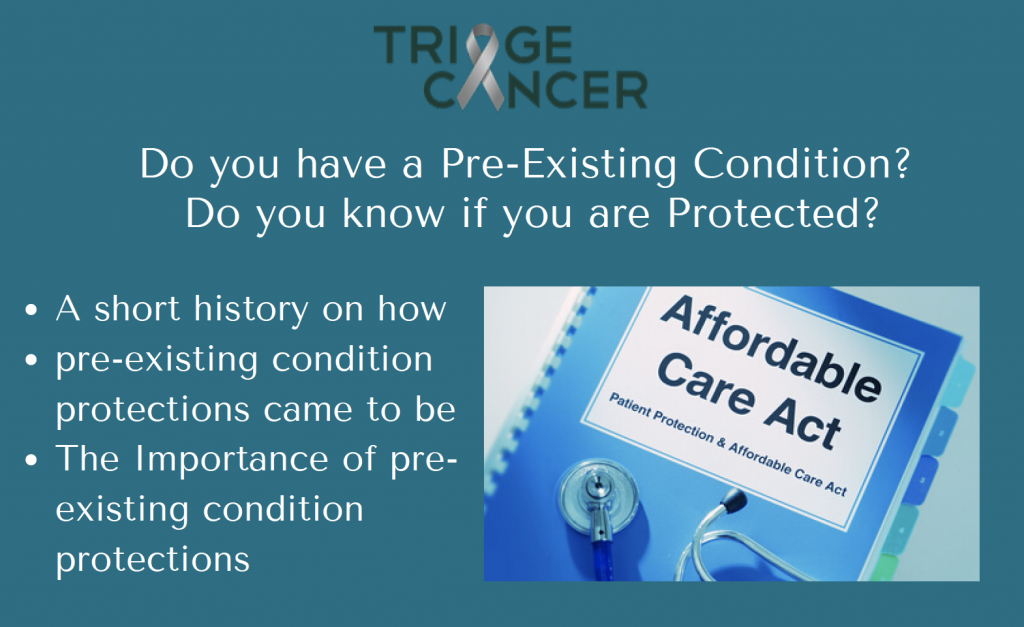 Did you know that an estimated 50 million Americans have preexisting conditions?

And when you consider that any medical condition can be considered a preexisting condition, (e.g., heart disease, obesity, high blood pressure, allergies, etc.), that number seems low.

Before the Affordable Care Act (aka Obamacare), in most states, anyone with a pre-existing condition could be denied insurance, face an exclusion period, or may more for their health insurance.

For the past three years, the ACA’s protections for people with pre-existing conditions have been threatened.

Here’s a short history on how pre-existing condition protections came to be, from The Washington Post.

1991: Massachusetts becomes one of the first states to prohibit health plans and insurance companies from using health status to exclude patients and set prices.

September 1993: In an address to Congress, President Bill Clinton outlines a health reform plan that would provide a “health care security card” to every American that would entitle them to medical treatment regardless of pre-existing conditions.

2008: Sens. Barack Obama (D-Ill.) and John McCain (R-Ariz.) both propose health reform plans in their presidential campaigns. Obama’s plan would ban insurers from discriminating on the basis of pre-existing conditions. McCain’s plan would weaken existing state protections by allowing insurance to be sold across state lines but would also expand high-risk pools to cover patients with pre-existing conditions.

2009: Congressional committees write and revise several versions of health reform, but all of them guarantee coverage for patients with pre-existing conditions.

March 2010: Congressional Democrats pass the Affordable Care Act without a single Republican vote. President Obama signs the law, which creates a nationwide ban on discriminating against or charging more to patients based on their health status in the individual and small group markets. It also protects employees of large firms from facing pre-existing exclusion periods.

2017: Trump supports bills from House and Senate Republicans that would weaken pre-existing condition protections by allowing states to seek waivers from the law and consider a person’s health status when pricing policies in the individual market.

February 2018: Texas and other Republican-led states file a lawsuit against the ACA, which says the whole law is hinged on its penalty for lacking health coverage and can no longer stand because the GOP-led Congress has repealed the penalty.

June 2018: The Trump administration announces it will not defend the ACA from the state-led challenge. The Justice Department files a brief with the court saying that the law’s pre-existing condition protections can’t exist without the mandate penalty but that the rest of the law can stand.

March 2019: The administration decides that the entire law must fall. Read our blog post on this case here.

Pre-existing condition protections stand for now.  Stay tuned for the latest information on changes to our health care system.

Looking for more information on the Affordable Care Act? Read our blog that dives into an Overview of the ACA or visit our Resources by Topic page to find information and health insurance and other topics.