11 Aug Dangers of Fixed Indemnity Plans: But Not in the Eyes of the Court

Posted at 09:29h in Health Insurance by Triage Cancer 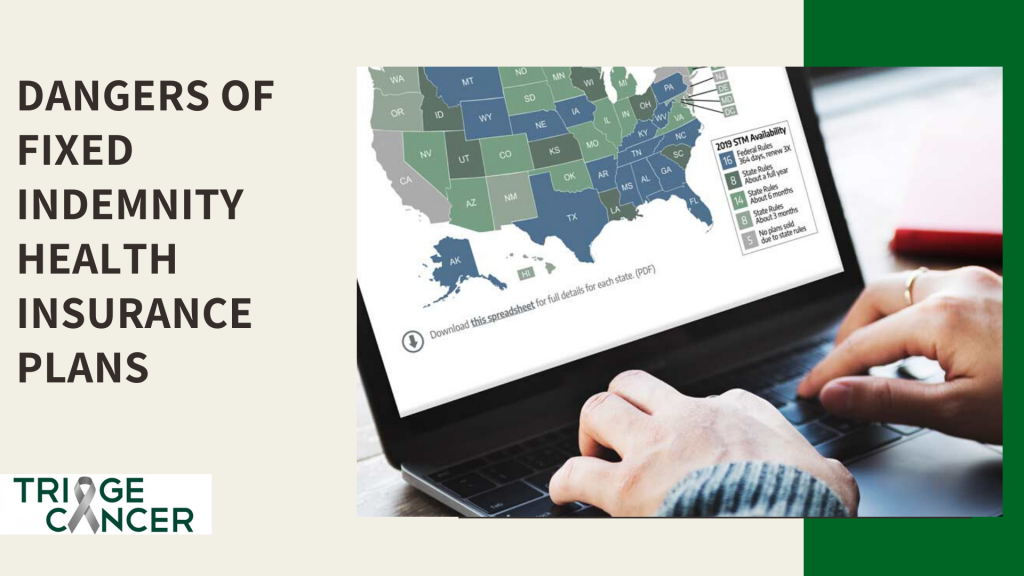 A recent court ruling declared that consumers must have the option of buying certain types of health insurance that do not meet the standards of the Patient Protection & Affordable Care Act (ACA).

One of the many ways in which the ACA tried to protect consumers, was by not allowing

What Is Fixed Indemnity Plan?

A fixed indemnity plan is a type of health insurance that pays consumers a fixed amount for each service, regardless of the actual cost of the medical care received. For someone received treatment for a cancer diagnosis, these plans can prove to be very dangerous, leaving patients with huge out-of-pocket costs.

However, these plans do give people the freedom to visit their preferred doctor or hospital, without having to stay within a defined “network” of providers.

In 2014, the Obama Administration enforced rules that such insurance could only be sold to those with more extensive coverage; where the fixed indemnity plan was meant as a supplemental policy, not as a “substitute for major medical coverage.”

The Administration was concerned that allowing consumers to buy fixed indemnity insurance plans as a stand-alone product gives people “the mistaken belief that it provides comprehensive coverage.”

And we have certainly seen that to be true. Marketing of these plans can be deceptive, and many people do not realize that the policy they have bought will not cover much of their medical expenses, leaving them with enormous medical bills, and only bankruptcy ahead of them.

In some circumstances, people have not been able to get the medical care they need because they cannot afford it. In addition, because these are limited policies, hey do not meet the requirement that most people in the United States have health insurance coverage, leaving people with an additional penalty to pay come tax time.

Despite these issues, the Court disagreed, ruling that the Obama administration could not restrict the sale of these plans. The Court agreed with the plaintiffs in the case, who felt that because fixed indemnity plans are a branch under catastrophic health insurance (policies that are intended to protect you from unexpected health costs), these plans could be a valuable option for those who have incomes that fall in the coverage gap: they make too much for Medicaid, but too little for financial assistance in the Health Insurance Marketplace. 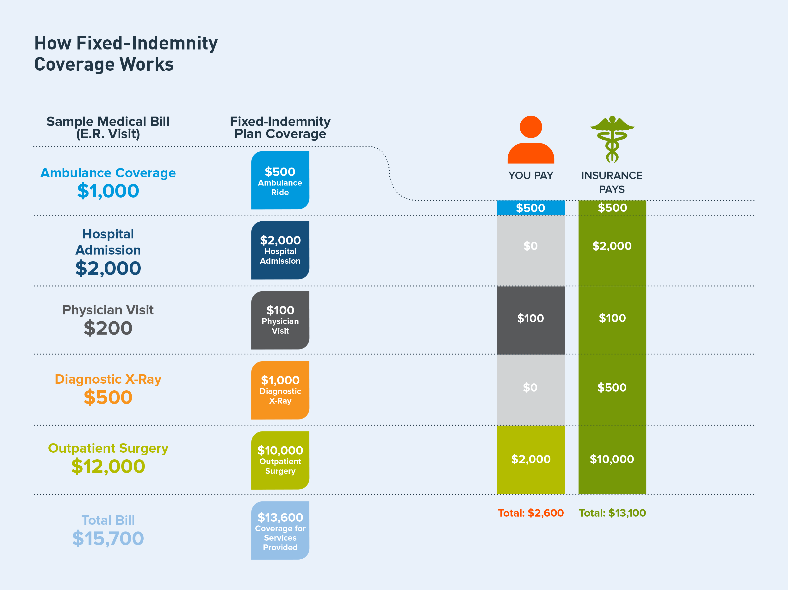 Although the court ruling may provide more health insurance options for consumers, it poses hidden risks. Consumers with fixed indemnity insurance generally have fewer protections, meaning that they can still have pre-existing condition exclusions, caps on benefits, no access to free preventive services, and the policy does not have to cover a certain percentage of medical costs.

In addition, because the stand-alone insurance has a fixed amount for each service, it may leave consumers with a large bill to cover the difference, depending on their health needs. And, despite the lower monthly costs, there is usually a higher annual deductible.

Thus, it’s imperative that consumers are not only aware of the costs, but also the protections each respective plan provides for them.

Triage Cancer is hosting a webinar on “Choosing Wisely: How to Pick Health Insurance Plans & Fixed indemnity pros & cons.”  Register Here. In the meantime, there are other free webinars on cancer survivorship beyond diagnosis.

All webinars are open to individuals diagnosed with cancer, caregivers, advocates, and health care professionals available for watching at any time .